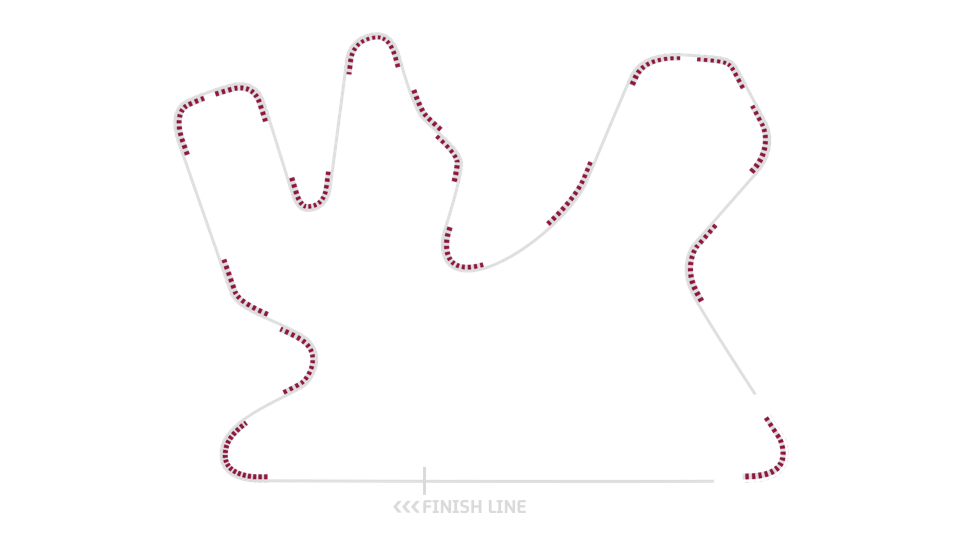 The second Online Challenge of the 2021 MotoGP™ eSport Championship comes from the glorious Losail International Circuit in Qatar, a track that not only guarantees close racing and competition, but is fun to ride.

In this Challenge gamers will be competing as the new reigning World Champion Joan Mir, the first new name to be added to the exalted list of premier class champs since 2013. The Majorcan’s brilliantly balanced Suzuki GSX-RR should be the perfect match for the track’s series of fast, open turns.

Qatar found a place on the MotoGP™ calendar for the first time in 2004 and has been the series’ opening race since 2007. A year later and an eye-catching set of floodlights were installed around the track, allowing MotoGP™ to run its first ever night race.

Held just outside the country’s capital city of Doha, the flowing 5.4km track is a classic blend of a long straight and fast, flowing corners. Close times are guaranteed with the 2018 and 2019 MotoGP races being decided by just 0.027s and 0.023s! This Challenge will take place between 25th-28th March.

Who'll be fastest in the desert?

A masterclass with Trastevere73 in Assen

Trastevere73: "This is a big opportunity"

Trastevere73: "It's a dream come true"

Marquez reveals his secrets of COTA

eSport Championship is back!

MotoGP18 behind the scenes

“Pistol_73” chats about the opportunity of a lifetime

Marquez meets the man 10 seconds faster than him

Marc Marquez reveals the tricks to challenge for Pole Position