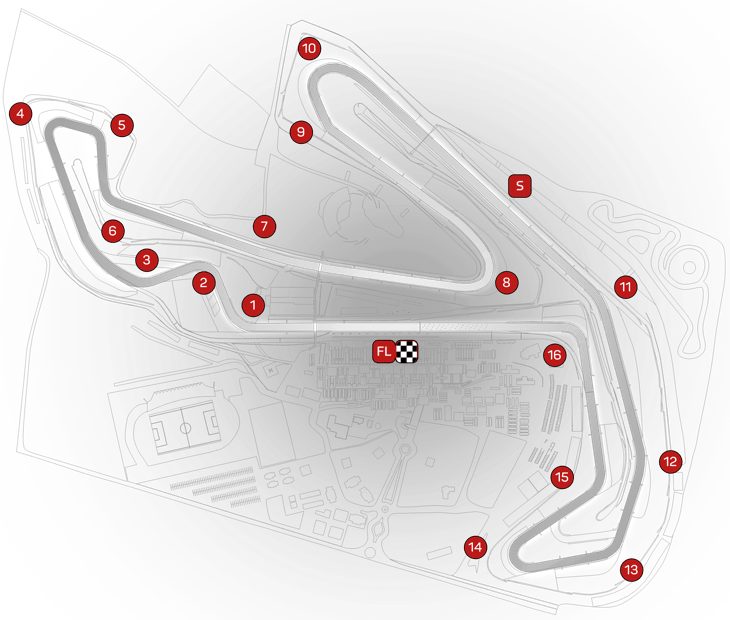 Challenge 6 is sure to whet the appetite of many: an all-out ‘Time Attack’ assault on the Misano World Circuit Marco Simoncelli with home hero Valentino Rossi (Monster Energy Yamaha MotoGP). It’s your last chance to book your place in the Pro Draft!

The 4.2km Misano World Circuit Marco Simoncelli has six left- and 10 right-handers, and is set close to the glittering blue of the Adriatic coast. With some stunning run off designs, the track is a burst of colour even before it reaches full capacity on race day and the 60,000-strong crowd piles in.

Just like the other five Challenges, only 12 competitors can make it through to the Pro Draft from this final Challenge. Two from PS4, two from Xbox One and two from PC from Europe and the same from the Rest of the World will be the final competitors to make it to the next stage of the 2019 MotoGP™ eSport World Championship.

The Rest of the World Pro Draft will take place between August 1-4 with Jack Miller (Pramac Racing) at Buriram, with the first Europe Pro Draft getting underway between August 8-11 at Le Mans with Red Bull KTM Tech 3’s Miguel Oliveira.

The last Online Challenge is here!

Challenge #5 is ON! Are you ready?

Jump onboard with Rossi & Yamaha for Challenge #5

From Virtual Races to the fourth eSport Championship and the brand new WINDTRE Rising Stars Series, this season was a virtual milestone for MotoGP™

MP1 signs multi-year agreement to host a domestic eSport series in Indonesia, pitched as a platform into the WINDTRE Rising Stars Series

Last race of the 2020 season was another tense affair for the crown. Watch it now!

Emotions were running high after the Race 7 with several of the leading names unhappy with a number of overtakes but soon they were focussed on the la...

The double MotoGP™ eSport champion trastevere73 (Monster Energy Yamaha MotoGP) applied pressure to Williams_Adrian ahead of the final race of the seas...

Down to the wire – Williams_Adrian takes stunning championship victory

The 2020 MotoGP™ eSport Championship has a new king! Williams_Adrian held his nerve in a dramatic and emotional fight that went all the way to the fin...

Where to watch the 2020 MotoGP eSport Championship Final Round