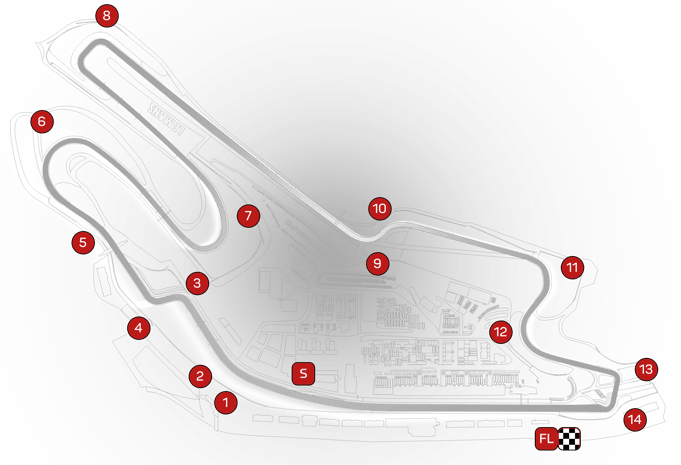 The 36 European Pro Draft competitors will be hoping Le Mans is a happy hunting ground for them, as that’s where they’ll be riding to try and grab a Final Draft place. The players will have to tame the Red Bull KTM Tech 3 of Miguel Oliveira around the tricky Le Mans layout over three flying laps in ‘Time Attack’ mode, with their fastest lap being the one that counts.

The French city and circuit of Le Mans are synonymous with motorsport - having hosted two and four wheel races and endurance events for many years. Le Mans first held a motorcycle Grand Prix event in 1969, when the great Giacomo Agostini won the 500cc race, lapping all the other riders on his MV Agusta.

The modern circuit has been a permanent fixture on the MotoGP™ calendar since 2000. Local French fans are knowledgeable and passionate about their racing, with a boisterous atmosphere at races.

The three fastest competitors from each console (PS4, Xbox One and PC), nine in total, will then move onto the next stage of the MotoGP™ eSport World Championship – the Final Draft.

How to do a fast lap at LeMans

Oliveira explains the keys to a fast lap

Pro Draft European Selection is ON!

Which riders starred in Sepang?

How to unlock your skills in Sepang

Johann Zarco shows us the way

VIP trip of a lifetime for eSport Finalists

‘Trastevere73’ with the MotoGP stars

Take home more than a Title

Game on: Global Series Round 1 ready to race! Are you ready for the battle?

eSports Star "Sanshoqueen" shows you how to set a quick time at Assen!

Petronas Yamaha SRT’s entry for the 2020 Global Series, shows you how to set a quick time at the Dutch track! This tutorial is provided by Sanshoqueen...

How to attack TT Assen Circuit! A full guide for the second Online Challenge

Assen is the venue of the second Online Challenge of the WINDTRE Rising Stars Series… Here are some tips on how to master it!

Lights Out! Online Challenge #2 of the WINDTRE Rising Stars Series is here!

The stakes are high in the WINDTRE Rising Stars Series with the second Online Challenge requiring gamers to tackle the legendary Assen circuit.

Who was fastest in the first WINDTRE Rising Stars Online Challenge?

Look and see how gamers from around the world fared when taking Alex Rins’ ECSTAR Suzuki GSX-RR around the Sachsenring in a bid to rise to the top of...

Ride the Sachsenring with the eSport Star "Williams_Cristian"

Williams_Cristian – a two-time winner in last season’s Global Series – share the secrets of a fast time around the technical Sachsenring track.