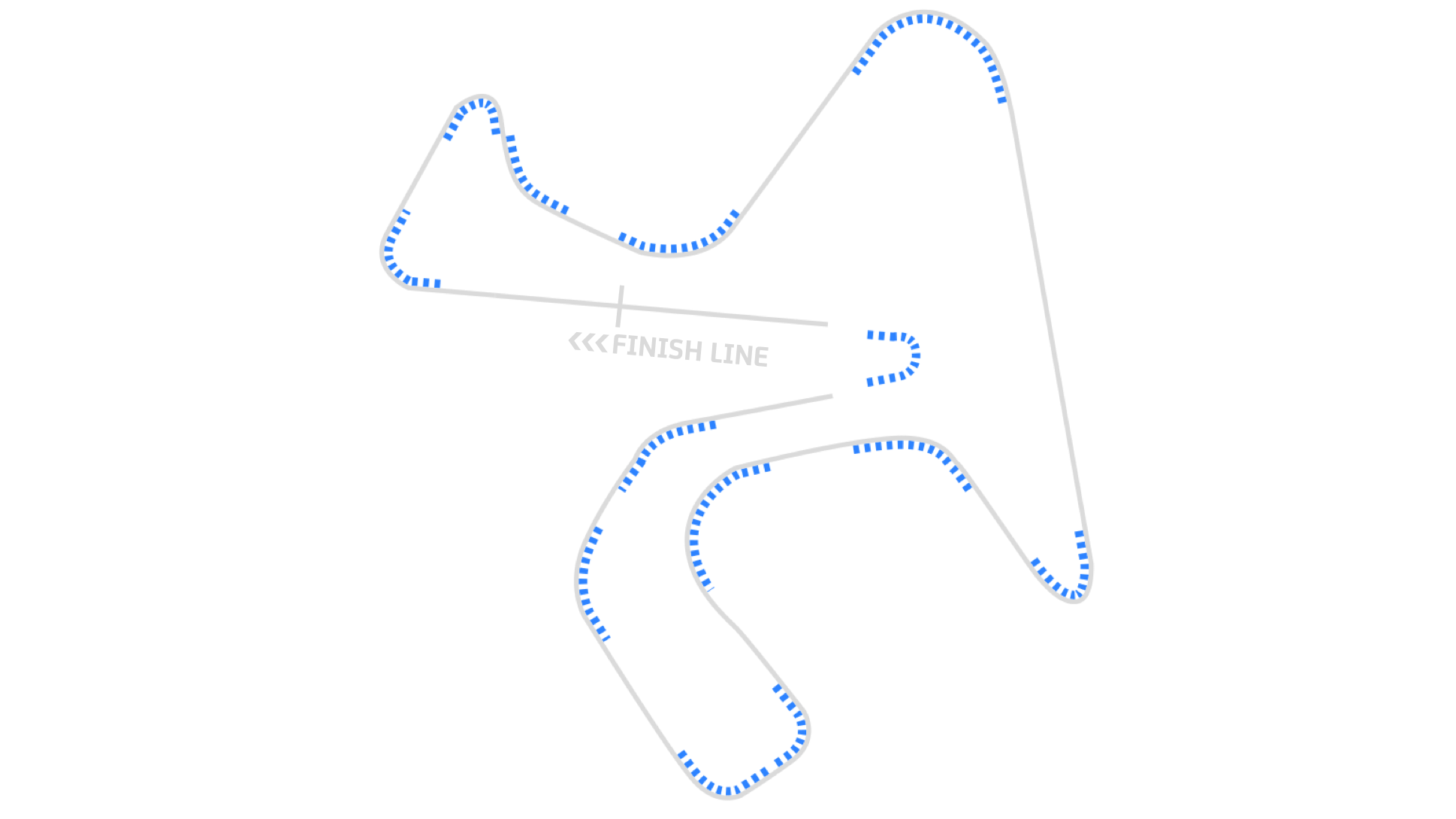 The fourth and final Online Challenge requires gamers to master the brilliantly technical Circuit of Jerez Angel Nieto, the scene of the Spanish Grand Prix and a jewel on the MotoGP™ calendar.

It was here where Marc Marquez’s 2020 season came apart, a crash on the exit of turn three breaking his upper arm. But before then, the eight-time World Champion was at his brilliant best, producing a dazzling ride through the field that so nearly had a wonderful ending. If ridden in the right way, Honda’s slightly manic RC213V can be well suited to this track, which prioritises braking stability and fast turning.The home of the Spanish Grand Prix is a rider favourite and with high temperatures and low grip, it is the ultimate test of riding ability. Spread across 2.75 miles of glorious, flowing asphalt, Jerez offers a tremendous test of machine balance and riding ability, with lush, fast curves punctuated by a number of heavy braking zones and slow hairpins.The layout always provides drama: the final turn (the Jorge Lorenzo corner) has been the scene of incredible last lap drama. The 1996, 2005 and 2013 MotoGP races concluded there in memorable, dramatic fashion. The challenge will run from 8th-11th April.In this challenge all gamers will be able to compete across multiple platforms. In 2021 the MotoGP™ eSport Championship will once again be played on the official MotoGP™ videogame from videogame developer, publisher and longstanding partner Milestone.The Pro Draft kicks off in March as four Online Challenge decide which names make it into the next phase, the Pro Draft Selection. A total of 22 names can qualify for this phase (with the three winners of last year’s Rising Stars Series also achieving a place, meaning there will be 25 in total), where MotoGP™ teams pick the competitor to represent them in the main event: the Global Series.

Can you deal with the heat?

Learn Losail on MotoGP18 with Aleix

How to light it up around Losail

Lights on! Challenge #3 is Live now!

Sam Lowes & Aprilia take MotoGP17 for a spin at Silverstone